The Future of Medicine: What are the therapies of tomorrow?

As biopharma heads towards a new decade, extracting value from innovation remains a key theme in medicines development.

However, rather than accepting the traditional model of novel treatments via the R&D pipeline as the innovative focus, the industry is increasingly taking notice of several disruptive trends which present opportunities for all parts of the supply chain. 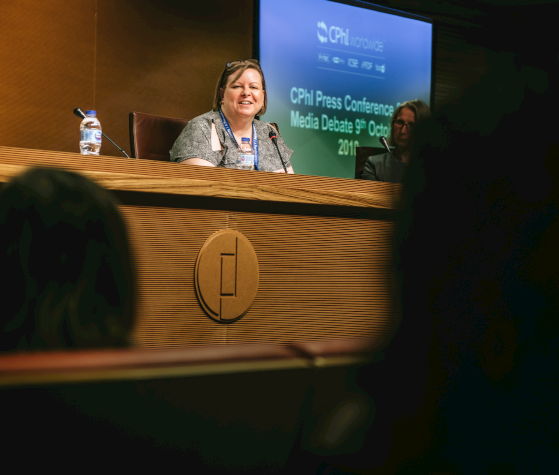 At this year’s CPhI Worldwide event in Frankfurt, a panel of industry experts came together to discuss the future of medicine and how drug development may need to embrace a value-added and patient-centric approach to counter ever-increasing pressure on healthcare budgets.

Setting the scene, Dr Thomas Solbach, managing director and partner at Strategy& told attendees the future of healthcare is likely to look very different from today and medicine development needs to adapt accordingly. In order to understand what future healthcare provision may look like, it is necessary to recognise how other industries have already undergone rapid transformation in response to huge changes in everyday life, he told attendees.

Large customer-centric disruptors such as Google and Amazon have already proven to be agents of change in consumer industries, mastering IT and data with unprecedented effect, and the concern for biopharma is that this unfearful entrepreneur culture of rapid adaptation could one day dominate a future healthcare market.

“We’re not sleeping, travelling or buying as we used to and what we’re seeing is the incumbents have been disrupted without noticing and so they are coming very late or even too late to the party,” Dr Solbach said.

He said that rather than just diagnosing, treating or caring for patients, healthcare providers need to take the customer experience into account, and offer disease prevention and holistic platforms rather than medicine-only treatment.

“The future of healthcare will be people-driven as we are generating data around ourselves and our lifestyles, around our well-being at onset of diseases and during diseases,” said Dr Holbach.

One emerging problem that established biopharma players will need to address over the next ten years is that patient population growth is outpacing that of the overall pharmaceutical markets.“Hence the money that we can spend per patient is dropping,” he said.

Aurelio Arias, Senior Consultant, IQVIA said while a clear picture is forming of where the cutting-edge innovative side of medicines is going, “let’s not forget that currently the majority of patients are treated with older medicines.

”He said there is an opportunity for generics companies to move into a space where they can use digital technology and analytics as tools for greater coverage and depth.

“This is where the off-patent sector is going to excel in,” he added. “I don’t think generics companies will necessarily have the in-house capabilities to become fully digital but there are a lot of smaller, nimbler tech sector companies that have the digital technologies and are looking to partner.

”Dr Subodh Deshmukh, global head product development, Sandoz told the audience that the generics industry continues to be a vital part of the healthcare eco system but agreed that digital technology is a potential enabler for the sector to do even better.

He said there is an opportunity to massively accelerate and change the development of products such as biosimilars, small molecule generics, complex generics, and value-added medicines by partnering with savvy start-ups.

“These start-ups have a strong sense of data and digital and can mine large amounts of patient data that we have available through generic medicines and see how best to use and position them, and to optimise treatment and therapies,” he said.

Ken Phelps, President & Co-Founder, Camargo Pharmaceutical Services said one major issue is that the vast majority of drugs are only effective on 20-30% of their target population and the industry needs to focus on methods to increase this access via targeted delivery.

“What’s changed over the years is that we’re moving from simple formulation changes to targeted delivery rather than systemic administration. We see a tremendous value through this approach,” he said.

With potentially up to around 50 million data points now being generated per patient, according to Dr Andreas Wicki, head of oncology and haematology at KSLB, the panel agreed that data privacy is now a key issue within medicine.

“Most institutions have started to implement so-called general consent, which means patients are willing to have data shared in an anonymized way for research,” Dr Wicki said, adding that patient willingness to share data depends on the disease and whether it is perceived as being threatening.

He said in the field of cancer, approval rates are as high as 90%, while in gynaecology, it falls to a little over 30%.

Arias at IQVIA is of the opinion that increasing data privacy laws for compliance will negatively affect the speed at which the pharma and health sectors can go into a digital future and raises the thorny question of who should be entrusted with handling this information.

“We have clearly seen we can’t really trust tech companies and even governments; when it comes to medical grade data, we need to be very careful who is custodian,” he said. “Physicians should be acting in the favour of patients and shouldn’t be swayed by commercial decisions; the regulators have a key role in making sure that that patient/physician relationship has ultimate control over the data.

”He added that once the custodianship of that data transfers over to tech and pharma companies, they need to follow best practice in terms of encryption, sharing and storage. “If the whole system ensures that data privacy at every stage is followed then we will build enough trust in it to start moving on to novel technologies,” he concluded.

Doors are already opening for new technologies such as AI and machine learning in drug development, although they are yet to be harnessed to their full potential, according to Paul Thorning, CEO of Crystec Pharma.

He gave the example of traditional Chinese medicine, where fascinating work has begun to mine these complex data sets which come from medicines which have up to 1,200 components and therefore are problematic when it comes to securing approval from a regulator like the US Food and Drug Administration.

“But when we start to use a machine learning approach, we start to realise that only 12 of those components are necessary for an effective medicine,” he told attendees. “We’re starting to understand that there is potential to take very complicated systems and reduce them into something we can work with, making life easier for drug developers.”

Citing the healthcare joint venture between Amazon, JP Morgan and Berkshire Hathaway as well as the former’s purchase of US pharmaceutical wholesaler PillPack, Dr Solbach said large corporates were starting to disintermediate various lines of the healthcare industry and questioned how prepared current incumbents are for this competitive shift.

“Amazon has also announced it is building a physical clinic on site and running a virtual primary care clinic as a pilot now, so they are largely integrating,” he said. “We’re also hearing that they’re buying up shares of big generics firms because this is the next level they can tap into to close that value chain.

”Dr Deshmukh at Sandoz said the US healthcare system is broken, partly due to the multiple levels of intermediation, describing the margin between what innovative pharmaceutical and generics firms were selling to wholesalers and what is paid for by insurance companies or individual patients as “huge”.

“It could be beneficial for generics companies to be able to sell directly [in the US] - it’s a model that works in multiple countries,” he said. “We’re one of the largest hospital product suppliers and we see a similar model potentially evolving for non-hospital patients.”

With the panel asked to pinpoint what the major changes in medicines provision over the next ten-year period will be, Thorning said he believed there will be smarter advances that will ensure much more flexible pharmaceutical supply chains.

“There will likely be new ways of updating stability data and expiry dates in a real-time system so surplus drugs can be used,” he said. “At the moment, we’re still very rigid as an industry.

”Arias said the tools the industry possesses to ensure patient engagement and compliance will continue to improve over the near future leading to better outcomes.

“Everything we have that becomes smarter – without us maybe not even noticing it -- is going to start prompting us in a sort of gamification way into leading better lifestyles,” he said. “At the end of the day, prevention of certain ailments is going to be the biggest healthcare savings cost.”