Players in the pharmaceutical value chain will need to fully harness cutting-edge digital technologies such as artificial intelligence (AI) and cyber-security solutions to make greater efficiency gains in the face of mounting development costs, according to Bonnie Bain, Global Head of Healthcare Operations & Strategy, GlobalData. 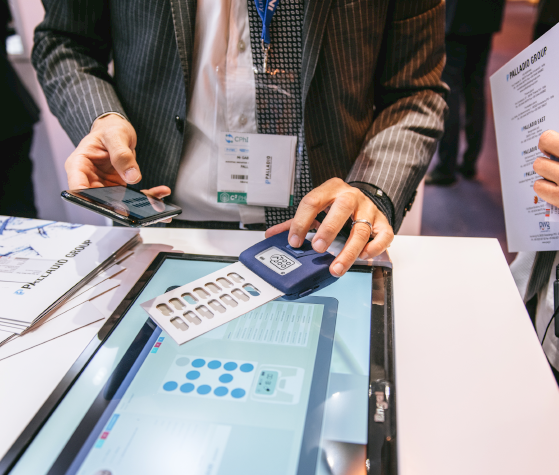 Speaking at CPhI Worldwide in Frankfurt, Bain said biopharma R&D returns are in decline, with the average cost to market for a new product increasing to around $2 billion in 2018 and peak year sales slipping to $410 million.

And an increase in clinical trial cycle times to an average of nearly seven years is heaping further pressure on developers’ margins, Bain said.

“These changes are impacting the entire pharma value chain all the way from target identification to end users; there has been a surge in interest to see how investing in new technologies can help with getting greater efficiency gains,” she told delegates.

She said the use of AI – which aims to tackle complex problems in ways similar to human logic and reasoning – in healthcare is growing rapidly, due to the huge amounts of data that can be mined from patient records to design treatment plans, develop drugs and improve clinical trial outcomes. She highlighted Merck’s partnership with Atomwise to develop an AI platform for small molecule discovery, which identified two medications to reduce Ebola effectivity in just one day.

“If this study had been done using traditional methods, it could have taken years,” Bain said. Addressing the issue of cyber-security, Bain said with the emergence of the internet of healthcare things, “our industry is extremely vulnerable to data breech and sabotage. ”Network connected devices such as pacemakers and insulin pumps are especially at high risk for data breeches along with hospital systems and patient records, she added.

Bain said that while plenty of guidance for medical device data security existed, there is still very little regulation.Citing the well-documented cyber-attack in 2017 which hacked Merck’s systems, Bain said the event cost the pharma firm $260 million in sales that year and an additional $150 million the following year.“On top of those sales costs, Merck also had to deal with remediation-related expenses of $285 million,” bringing the total cost to nearly $700 million which was softened by just $45 million in insurance claim payments, she said.

The Future of Drug Manufacturing

The Future of Drug Development and Delivery

Unlocking the potential of cannabinoid-derived drugs